A Perspective about life and death.

A Perspective about life and death.

The following essay will have the purpose of giving to know a perspective about life and death, it is shown from two similar short-stories, the first one is called “The Stone Cipher” written by Toni Pi, and the second one “By the Waters of the Ganga” written by Stephen Gaskell. Both stories will be analyzed with the sociological and psychological approaches,

Reality is the representation or expression of certain values, customs, instructions, experiences that have contributed in the development of men. Reality is related to demonstrations of real situations, to be more relevant to the reader, and also, to catch his / her attention rapidly. “Reality is duplicated, simulated and at the present time, more virtual. The representation does the real more real, and it establish anther pattern of communication in which, knowledge is disseminated, breaking personal, uniform and automatized languages” (Niño cited in USR, 2006, p. 26).

The analyzed stories “The Stone Cipher” written by Toni Pi, and “By the Waters of the Ganga” by Stephen Gaskell, represent two realities under the similar contexts. They show situations in which many persons have investigated for a log time, in turn; it permits to relate to them with real experiences. The first story “The Stone Cipher” shows a reality by means of a fictitious situation, where the author uses the stone statues of some parts of the world, trying to communicate with the humanity, expounding the preoccupation that have many persons in the universe about the end of the world. These statues are giving messages using spoken words. “It was the same the world over: statue´s mouths spoke a hidden message. But what? That was the mystery of the Stone Cipher” (Pin cited in Hubbard, 2007, p.152). Some persons interpret this kind of event as signals of the end of the world. “And look at the misery I ´ve caused already. What I told the world then was simply that statues were speaking. Imagine the chaos if we tell them it´s a countdown to an unknown disaster” (Pi cited in Hubbard, 2007. p 172).

The second analyzed story, “By the Waters of the Ganga” shows anther point of view, expounding a situation related to different processes that occur in the brain or in the conscience of the human being. One of the situations showed in this story is the experience of “Déjà vu”, this is a phenomena related to the past, present actions, inclusively, it can warn or give some clues about future. Likewise, the story shows information about Reincarnation and supernatural powers, in order to find the salvation. “This place was so real, so full of vivid sensations, and I was so different from my last incarnation, that I barely believed those old memories myself, and was not able to express them to another” (Gaskell cited in Hubbard, 2007, p. 319).

Both authors show similar realities, using their previous experiences or knowledge acquired during their careers, influence of the works of some authors. In the case of the author Toni Pi, he uses his knowledge about Linguistics and the influence of the works of the authors (Silverberg and Zelazny) to create and show a reality about the end of the world, the different signals that are used to give more interest to the text and to catch the reader´s attention. On the other hand, Stephen Gaskell uses his knowledge about physics and science to show a situation more real than the first one. This situation was developed according to Hindu religion, whose beliefs are from India. He uses a significant environment called The Ganga River (see annex 1), this is one of the most important river in India, and, it is not consider just a river but a mother, a goddess, a tradition, a culture. “From the devout, at the foot of the riverside ghast- immense stone steps into the river which ran the length of the city- where I washed my body in the filthy Ganga, I learned the mythology of the city”(Gaskell cited in Hubbard, 2007, p. 323).

In both stories, the writers are describing each moment, each action, each character, giving a connection or coherence in the two stories. Those stories showed certain aspects such as; social, psychological, scientific, mythological, and so on. Likewise, “The Stone Cipher” criticizes social, mythological aspects related to the end of the world and supported by some theories and hypothesis. “The Gaea Hypothesis suggests that all life on Earth forms a single living planetary” (Pi cited in Hubbard, 2007, p. 170). The criticism in “By the Waters of the Ganga” is about the mystery of the reincarnation, applying psychological, mythological aspects. The phenomena of Déjà vu involved in Hindu religion. “My new body and its five senses soon became a shackle rather than liberation, and I only gave myself sustenance when the hunger became unbearable” (Gaskell cited in Hubbard, 2007, p. 320). And finally, it is important to mention that in both stories, the authors finish their stories with a statement and open-ended. “Revelation is coming!” (Gaskell cited in Hubbard, 2007, p.351). “Only twilight would bring the answer” (Pi cited in Hubbard, 2007, p. 189).

According to Lethbridge, S and Mildorf (2004) define science-fiction as a type of prose narrative of varying length from short-story to novel. Its topic includes quests for other world, the influence of alien being on Earth or alternate realities; they can be utopian, dystopian or set in the past. “The Stone Cipher” and “By the Waters of the Ganga” can be placed in the realms of science-fiction because, both authors use information about science, theories, and hypothesis. It permits that the reader creates his / her notion of fiction from his / her own experience in the real world, the writers mention future events, unusual characters, and so on. “It feels too virtual with all these web feeds and videoconference calls. Even the radio´s getting on my nerves. All this technology is keeping me a world away from where I need to be. I need air” (Pi cited in Hubbard, 2007, p. 153). “… I would have to face the possibility that the alien world was real, and my visions were not the result of trauma or dream, but a true, lived life” (Gaskell cited in Hubbard, 2007, p. 334).

There is an important element used to express the different realities, it is called Language. Potman (1961) said that “Language is not only the vehicle for expressing thought; it is also the driver”. Language is composed of effective and extensive vocabulary, in order to, increase its understanding of how to use it, why does a person need to use it, and when (space and time) to use it. On the other hand, there is another element that is used to evoke specific reactions from the readers or the audience playing with the feelings of the reader (this is what happened with people in real life), it is called tone, and it permits to express intentions, reactions, and so on. And the last one is the plot that involves the steps developed in a text. The two stories have an open-ended that is not brought to a final or preliminary conclusion.

Some characters found in the texts can be called archetypes, such as “Asajanaka”, “Venus de Milo”, and “Notre-Dame Cathedral”. The main characters are presented like real people, using real names and doing different activities that any person can do. They can become universal because their attitudes, behavior, and names can be apply to any person, through these texts readers get the sensation that the name of the characters can be applied to themselves. Most of the representations of modern ordinary men can be applied to Venezuelan citicizens, because in Venezuela, there are different persons whose beliefs are: Catholic, Christian, Mormon, Hindu, Atheist, and so on. 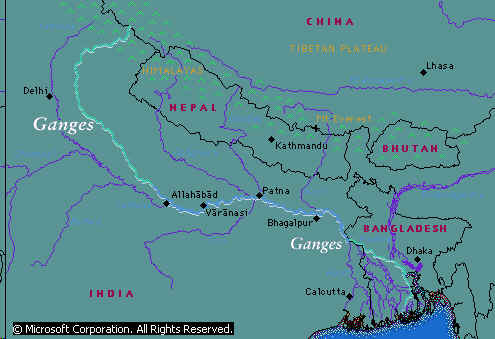