QUESTIONS ON THE TEXT:

He thinks that the British pubs were closing at 11:00 p.m and in Spain there are pubs that don't open until 11:00p.m.

Because is the traditional place to celebrate New Year's Eve in London, at midnight people come and wait to hear Big Ben's but it's impossible because there was so much noise.

Because there isn't a roof over the centre of the building. The weather is more important and it rains a lot in London.

Teenage boys played the female roles because women weren't allowed to be actress in Shakespeare's time.

and it was nice to see that everyone seemed accustomed to the great variety of races and religions in this city.

Thousands of people go to carnival to eat West Indian food and dance to Caribbean music.

It's traditionally from the East End of London. It's a very strange way of talking, called Cockney rhyming slang.

The Vikings built the city of York and they called it “Jorvik”.

It's a type of hotel in Britain. Sometimes it's called a B&B (Bed and Breakfast).

The most famous window is at the east end of the cathedral and it tells the history of the beginning and the end of the world.

The ghosts of former prisoners, crying and pulling their chains across the stone floors.

It's one of the oldest and most prestigious universities in the world. 25 British Prime ministers have been educated there.

He was disappointed because when he arrived in Oxford there were modern shops, Burger Kings and Pizza Huts everywhere. He expected a town that's full of history, not pizzerias.

Townspeople and university students haven't got on well with each other for more than 600 years. The problem started in 1355.

See the sunrise, jump from the bridge into the river in their expensive clothes and drink champagne. It's a medieval tradition who celebrates when arrives the spring.

Because his parents were in the States and he hadn't made any plans for Christmas; because he loved to go to Nicola's parents house as he had never spend Christmas in England and because Nicola's father had an old Bentley and Antonio was very interested in it.

Because it was different and everything was new for him and also because Nicola, her parents and Claire made him feel like part of their family.

They have Christmas dinner on Christmas day. The traditional menu is Turkey, lots of potatoes and vegetables, good red wine from Rioja and Christmas pudding for dessert.

He received the presents on Christmas morning. The presents were some traditional English mustard made with beer, a bottle of Scotch whisky and a book about Shakespeare.

Two people have to hold each end of a cracker and pull. The cracker opens with a “bang”, and inside there's a coloured paper hat, a joke writer on a piece of paper and a small present.

He has known Gareth since he was a child. Their fathers were university friends and their families always spent their holidays together in Almería.

Castle Coch same a fairy-tale castle like the ones we see in Disney's films. The interior same Cinderella's Castle.

Because there is an old Welsh custom in which a young man gives a love spoon to the girl he likes as a symbol of his affection for her.

He was impressed by the magnitude of the event. There were 6000 competitors and 150.000 spectators. There were some children singing who were only 12 years old and they had incredible voices.

Because Cornwall is a remote area in the southwest corner of Britain. It was a beautiful coastline, a lot of small seaside towns and very dramatic scenery. It's also rich in folklore and myths.

Because Antonio invited a man to sit with him and later they were good friends. His name was Richard and he seemed to know everything about Cornwall, his history and his myths.

We learn that King Arthur was born in Tintagel Castle, in Cornwall the legends say that Merlin, Arthur's teacher, lived in a cave below Tintagel Castle.

He didn't win the competition, but they published his history.

Famous people can't go anywhere without being followed by a photographer from one of the Tabloid newspapers.

He doesn't like waiting in queues, but the British queue for everything and he said that they always stand in tidy lines, not like the big groups of people in Spain.

Libraries in Britain are wonderful places where you can find not only books; you can also find records, cassettes and videos. Many libraries also have Internet nowadays.

It's dominated by a medieval castle on a volcanic rock, it has a fascinating history and there is a lot to see, and because it's the home of one of the best summer festival in the world.

They met at school in Spain. They were 14 years old. He came on an exchange with a school from Edinburgh. He was in Spain for three weeks; he was the most popular person in his class. They soon discovered that they had a lot in common and they became good friends.

There is an official programme of classical music, opera, theatre and comedy. The Festival Fringe is another unofficial festival. There are lots of free performances every night and hundreds more that you pay to go and see. You can pay anything from one pound upwards. In the street you can see clowns, mime artists in custom and musicians playing alone and in groups.

They give leaflets to the people.

Where was he born and when did he become king?

King James VI of Scotland and King James I of England.

He was born in Edinburgh Castle. He became king in 1603.

There is a competition of the traditional Scottish sports. The competition is called “Tossing the Caber”.

It's the special pattern in the material that kilts are made from the material with the different coloured squares. Nowadays, there are more than 2000 different patterns. Some of them are officially recognised and some aren't. Historically, every “clan” or family has it own pattern.

Nessie is the Loch Ness monster. 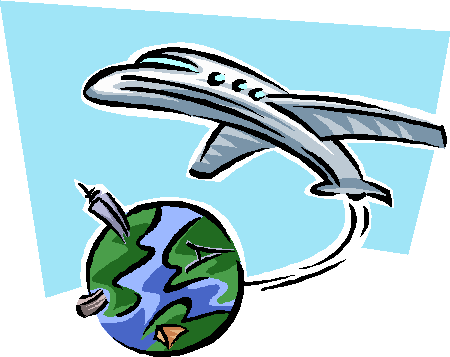